The church is dedicated to St Columba a local saint: her well is at Ruthvoes. For most of the Middle Ages the church belonged to the Arundells of Lanherne and was lavishly endowed. Within the church were two chantry chapels served by six priests altogether (five for the Arundell chantry). The tower is a fine example of a fifteenth-century building, consisting of four stages with battlements and pinnacles. It is 80 feet (24 m) high and contains eight bells re-hung in 1950. In 1920 the chiming clock was added as a memorial to the men of St. Columb who died in the Great War. In 1860 plans were drawn up by William Butterfield, in hope of St. Columb church becoming the cathedral of the future diocese of Cornwall, but the cathedral was built at Truro. 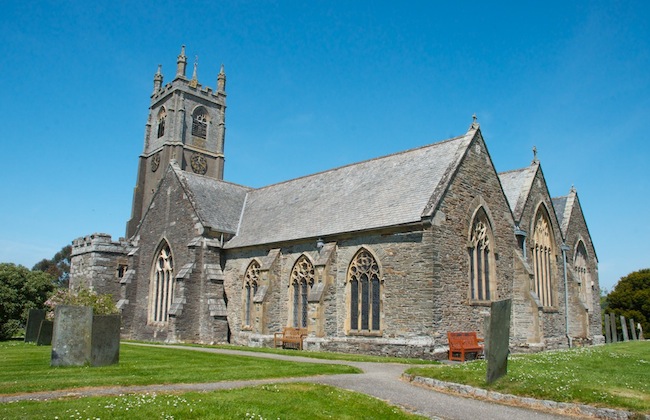 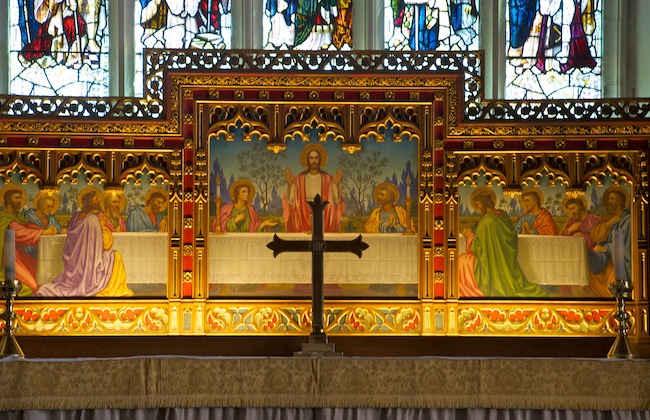 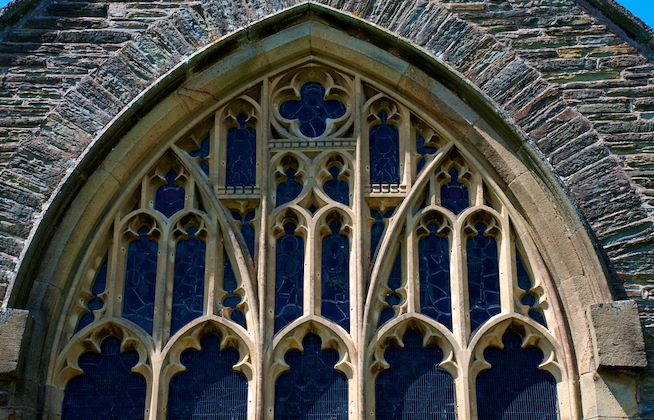 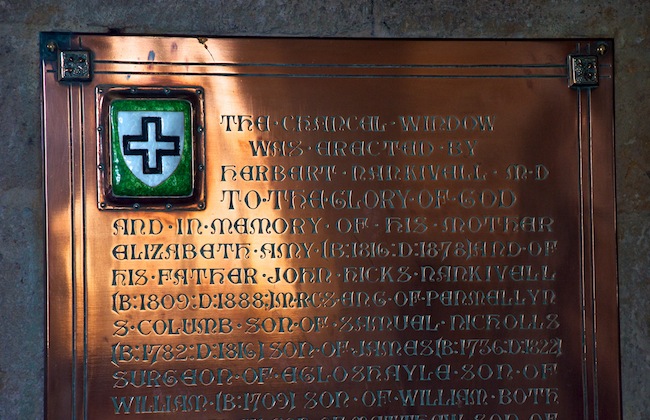 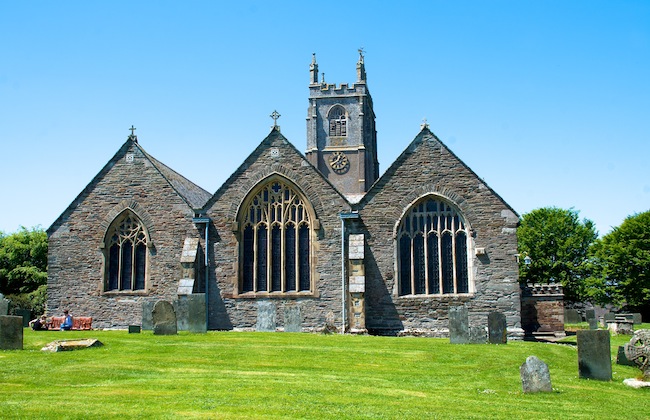 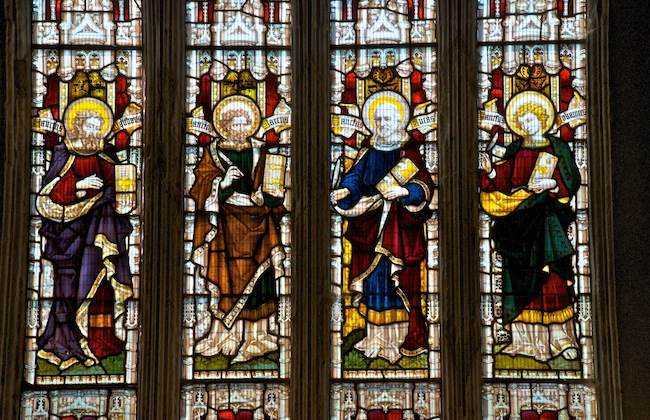 Some of the more interesting items are some fine brasses, including Sir John Arundell (died 1545, perhaps not buried here; Sir John Arundell, 1591, and his wife (died 1602, brass engraved 1635); John Arundell and his wife, 1633 (on the same stone).[30] There is also fine wooden screen by the architect George Fellowes Prynne “St Columb screen”. and some exceptional oak benchends, dating as far back as 1510. The fine organ is by Bryceston Bros. & Ellis of London and a “Letter of Thanks” to the Cornish people sent by Charles I in 1643 is found in many Cornish churches. There are also two sculptures by the artist Allan G Wyon and a stained glass window portraying St Columba the Virgin. In the churchyard is St Columba’s Cross (illustrated above).