Castle an Dinas is an Iron Age hillfort near St. Columb Major in Cornwall, UK (grid reference SW945624) and is considered one of the most important hillforts in the southwest of Britain. It dates from around the 3rd to 2nd century BCE and consists of three ditch and rampart concentric rings, 850 feet above sea level. During the early 1960s it was excavated by a team led by Dr. Bernard Wailes of the University of Pennsylvania during two seasons of excavation. 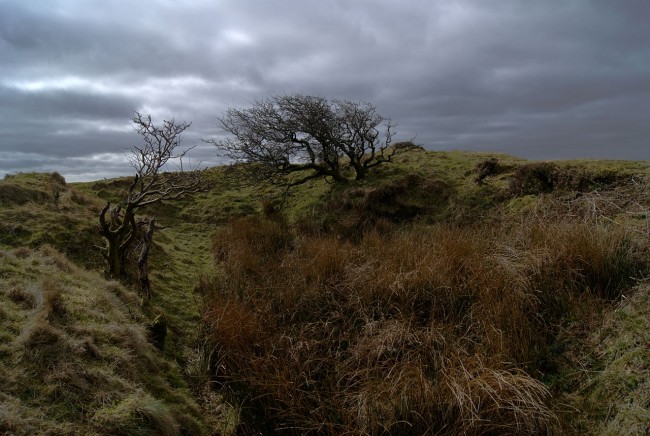 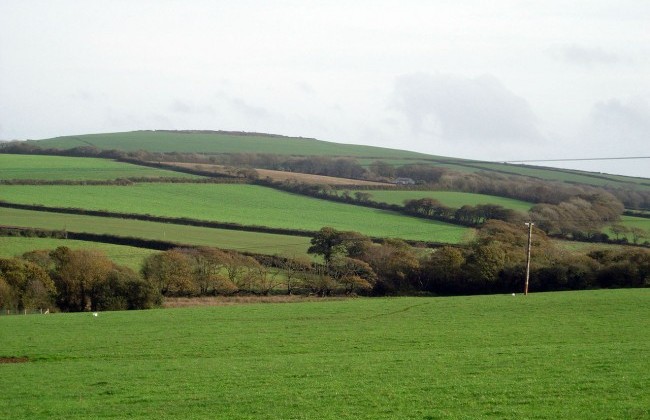 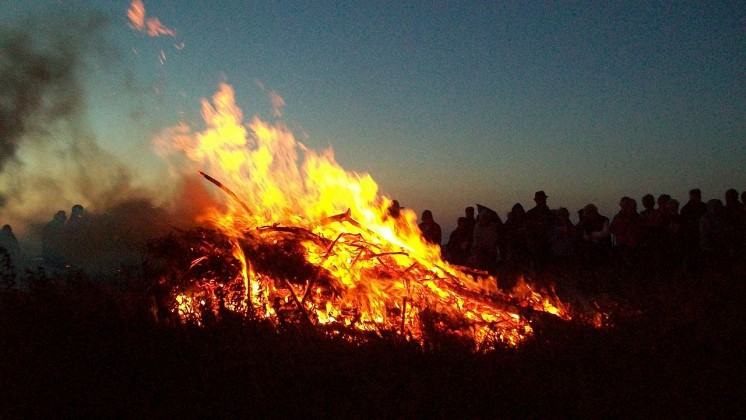 Traditionally, Castle an Dinas is the hunting lodge (hunting seat) of King Arthur, from which he rode in the Tregoss Moor hunt. A stone in St. Columb allegedly bears the four footprints of his horse made whilst hunting. The earliest written history was written by William of Worcester during his visit to Cornwall in 1478. He noted that legend says that the fort was the place where Gorlois, Duke of Cornwall and husband of King Arthur’s mother, died.

In March 1646, during the English Civil War, Sir Ralph Hopton’s Royalist troops camped for two nights within the rings of the fort. Here they held a Council of War where it was decided that they would surrender to the Parliamentarians. Only Hopton and Major-General Webb voted against. A few days later Hopton surrendered at Tresillian Bridge near Truro.

From 1916 to 1957 it was the site of Cornwall’s largest wolfram mine. Many of the old buildings and workings remain standing. The mine is the type locality for the mineral Russellite. Other minerals found here include: Arsenopyrite, Cacoxenite, Löllingite, Phlogopite, Russellite Topaz Turquoise.